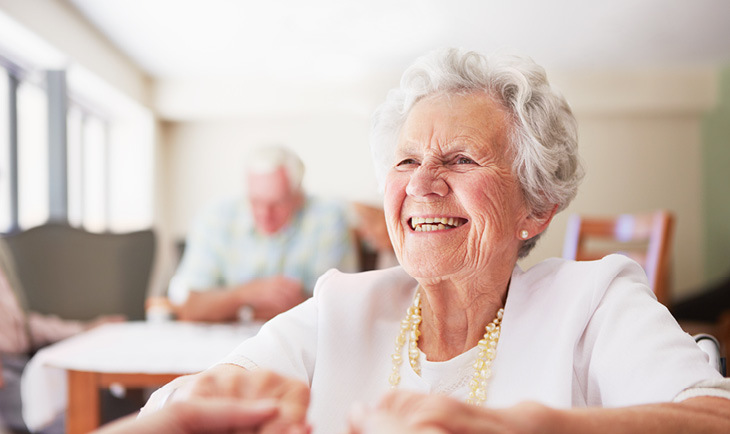 The Benetas Besties campaign was developed to recognise the special bonds formed between older people who have met in residential aged care and the important benefits this has to their wellbeing.

‘Besties’ like Carol Inglis, 79, and Carol Jackson, 78, from Benetas Corowa Court Aged Care Apartments in Mornington, have been featured in the campaign, which highlights the important link between social connectedness and emotional health.

Benetas Chief Executive Officer Sandra Hills OAM said the campaign was reflective of the organisation’s commitment to celebrating a positive experience of ageing.

“‘Besties’ like the ‘Carols’ in Mornington are so special because they prove that life doesn’t end just because you’ve entered residential aged care,” said Ms Hills.

“These ‘besties’ are as active and as involved as ever, spending their time investing in and enriching the Corowa community.”

“I came in here and met this old chook, who makes life worth living,” said Mrs Jackson.

“We think the same way, say the same things and share the same sense of humour.”

“I think we’re keeping each other alive.”

After meeting at the dinner table one evening, the pair became firm friends, and can often be found tending
to their apartment’s beautiful garden, sharing a meal at their ‘Naughty Table’ in their dining room or buzzing
down Main Street on their matching scooters.

The ‘besties’ are kept busy hosting weekly exercise classes for over 25 residents, some wheelchair-bound, transforming the previously basic sessions to musical “extravaganzas”. They also coordinate the fortnightly word puzzle competition, where they compete against other Benetas residential aged care homes.

Mrs Jackson said their friendship is something both women are extremely grateful for, and makes a significant difference day to day.

“We just know we’ll see each other and cope with whatever comes. I wish everybody here could have that.”