Victorian Senior of the Year Awards at Government House 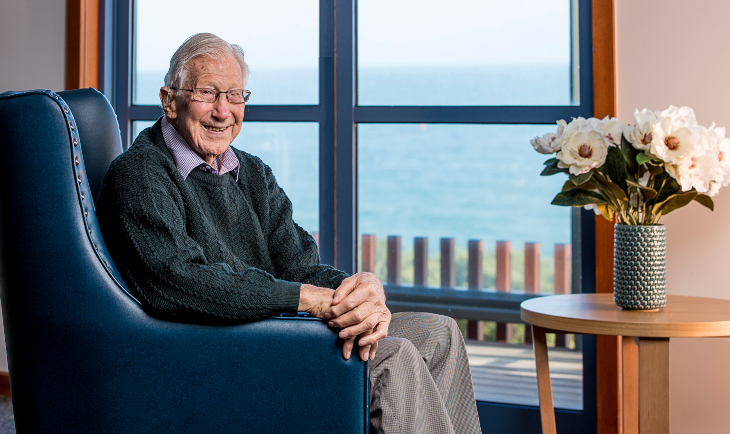 Seniors providing an outstanding contribution to the community have been recognised at the annual Victorian Senior of the Year awards at Government House.

The oldest of which was 98 year old World War II Veteran, Alan Moore, who was recognised for his volunteering and education service to those in the community.

Coming from Benetas' aged care facility Corowa Court on the Mornington Peninsula, Mr Moore said "We certainly never look for reward in what we do, and when I was I was very honoured."

Mr Moore has been recognised for his community contribution with more than 40 years of service to Anglican Aged Care Provider, Benetas. Melanie Mazzarolli Regional Manager of Residential Services at Benetas says Mr Moore deserves the honour.

“He’s ecstatic and we’re ecstatic for him. Alan has been on the Corowa Court Committee for many many years, and when we purchased the land behind Corowa Court for extensions he was the first to move in after its completion in 2016.

"So he’s a very special part of our community and we’re really pleased he’s been honoured with this award."

“He’s bright and lovely. Very open to supporting new people into our community. We couldn't be more pleased."

On his way home from the ceremony Mr Moore in his ninth decade concluded that he was almost as tired as his time on the Kokoda Track.