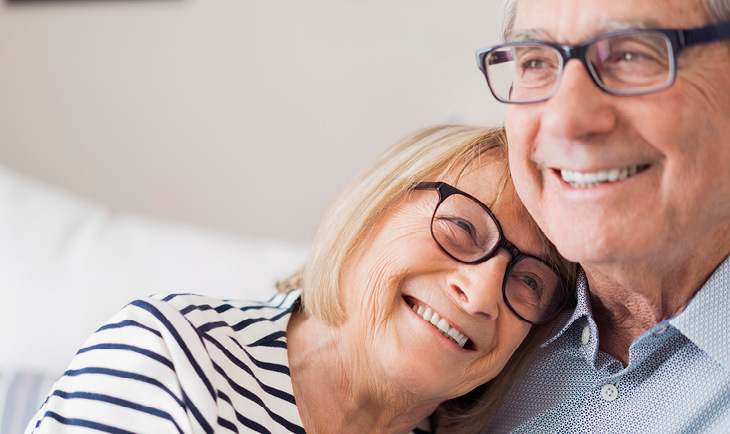 In the first Australian study of its kind, a nationally representative sample of 3,000 community dwelling Australians aged 65 and over were interviewed using the FRAIL Questionnaire Screening Tool, a short list of questions addressing Fatigue, Resistance, Ambulation, Illnesses and Loss of weight. The study found almost half of older Australians living in the community are frail or pre-frail.

The two-and-a-half year research project, funded by the Commonwealth Government, stresses the importance of frailty screening to identify older Australians likely to experience a catastrophic event due to undetected frailty.

“For older people, frailty is the ‘canary in the coal mine’ that can detect a rapid decline before it happens,” he said.

“Frailty, including pre-frailty, is an invisible condition. Many who are frail appear to function reasonably well in the community. As a result, individuals and family members are often unaware frailty is present.”

“By detecting and addressing frailty, we can change its trajectory, and help older people live better for longer. That means keeping people in their homes and out of hospitals and residential aged care for as long as possible,” said Mr Burgess.

Frailty is defined as a condition in which an individual is vulnerable and at increased risk of adverse health outcomes when exposed to a stressor, even a relatively minor one. Pre-frailty is the state where some symptoms of frailty are present, however an individual’s physical capability is not as diminished as in those who are frail.

The research found that among community dwelling older people aged 65 and over:

“A significant 38 per cent of community dwelling older Australians aged 65 and over are pre-frail. It is a large number of people who will become very vulnerable to adverse health outcomes if their pre-frailty is not detected and managed with the right interventions. Conversely, it is also a large group with a level of frailty that is most amenable to intervention, if detected and managed early,” said Mr Burgess.

Mr Burgess said the interventions to remediate frailty were safe, simple and inexpensive.

“We’re asking older Australians in frail or pre-frail stages to increase their intake of protein and vitamin D, if their doctor finds they are deficient in vitamin D. Exercise is also key, ideally some light resistance exercises at home or, at a minimum, daily walking. “De-prescribing could also make a difference, as medication side effects can escalate frailty. I would encourage older Australians at risk of frailty to undertake a medication review with their general practitioner,” Mr Burgess said.

Minister for Aged Care, the Hon Ken Wyatt AM, said frailty detection was a game-changer in helping older Australians enjoy a more positive experience of ageing.

“Using the FRAIL Questionnaire Screening Tool, found at parc.net.au, health care professionals, service providers, individuals, and their carers can easily and accurately identify older people who are frail, and provide the support needed to help our senior Australians maintain their functional independence for as long as possible,” Minister Wyatt said.

“With an ageing population, it’s increasingly important for Australians to have access to appropriate support services and health promotion strategies to enable a positive ageing experience.

“This is why the Turnbull Government has invested and partnered with Benetas in this valuable and highly practical
research project.”