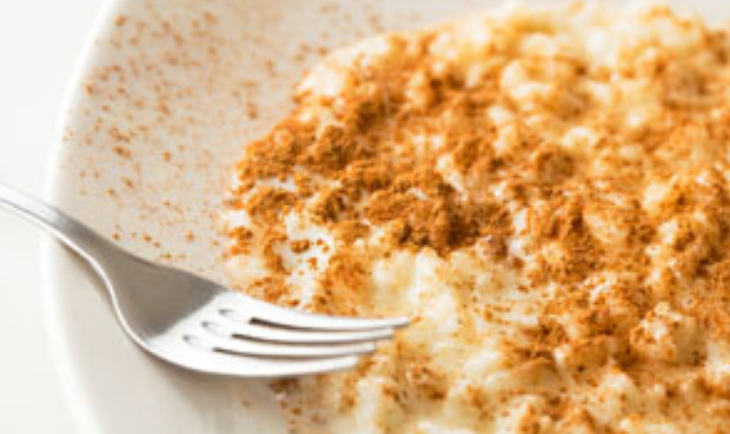 Tip: For a truly decadent baked rice pudding, after step 3 allow mixture to cool. Then whisk 3 egg yolks with another cup of cream and 1 teaspoon of vanilla essence. Combine with cooled rice and add raisins/sultanas. Transfer to baking dish and bake at 180°C uncovered until set at the edges (about 25 minutes). Sprinkle with nutmeg/cinnamon.
Per serve: 2700kJ, 7g protein