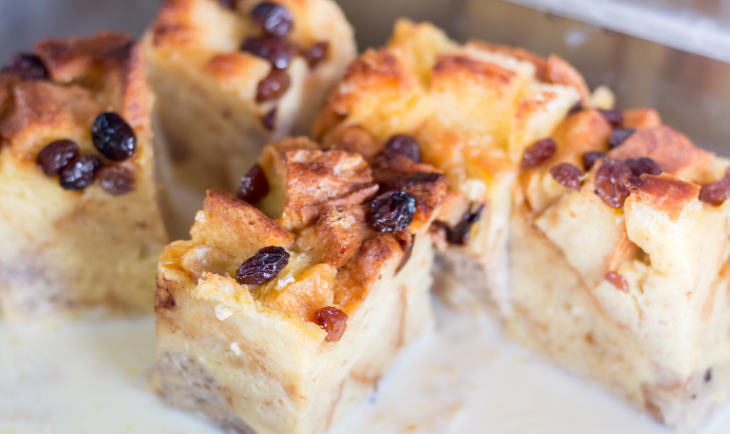 Tip: Day old bread is best for this recipe! Try using left over hot cross buns or even croissants cut into slices. Pudding is best served hot – reheats well covered with aluminium foil in a hot oven, or covered on half heat in microwave.